Here’s a list of new & coming releases of The Soft Machine, Hugh Hopper, Elton Dean, Robert Wyatt, a.o. Feel free to mail me for additions to this list.

Check out the archives:

This list contains albums by Soft Machine members or featuring them, archival Soft Machine releases, and other albums that might interest fans. I’ll archive release more than a year old.

Update 24/03/07:They also re-issued the first album which has previously been available on CD.

Not much to do with The Soft Machine but several interesting releases from the Planet Gong which might be of interest to whoever reads this. All Hillage albums will be reissues with bonustracks etc.

Remastered re-issue of one of Hopper’s best solo-albums from the seventies.

Update 23/12/06: Released as part of the January release batch of Cuneiform.

All essential (?) Matching Mole BBC sessions collected on one single disc. This will include the complete Peel Sessions CD, now long out of print and several tracks released on Smoke Signals. Two unreleased tracks are included. Release date set at January 31th 2007.

Update 17/03/07:All remastered although some discussion is ongoing on the What’s Rattlin’ mailinglist on the improvements; Third contains a bonusdisc with the complete “Live at the Proms” concert; Fifth contains an alternate take of All White.

I still don’t have a clue what this is, but I got an email from Market Square stating that they “are indeed working on a new album with Kevin which we aim for release in late summer”. Release date at several online stores set 7 July 2003.

Update: Release will most likely be autumn 2003.
Update 31/07/2003: In a press release Market Square confirmed the album to be released this autumn. Guests include Lol Coxhill, Richard Tandy and Wilf Gibson.
Update 19/12/03: Still awaiting release. New release date unknown.
Update 23/02/04: Kevin is still recording and the release has been delayed, but it will definitely see the light of day.
Update 19/11/05: Kevin has been recovering successfully from a serious illness and will start mixing his album in November in the UK. Hugh Hopper will guest on the album (session recorded 29/09/05). (Information from the “Why are we sleeping” website and Hopper’s archive site – see Links section.)
Update 18/12/05: Kevin Ayers is being backed by a band called “Ladybug”, album planned for release in january 2006.
Update 25/02/06: A new Kevin Ayers website www.kevin-ayers.com has been set up to promote the new album. Unfortunately, no release date and details on display.
Update 23/07/06: I’ve received a kind email from Kevin’s management which stated among other things that (1) Market Square is not going to release the new album; (2) The core backing band will be Ladybug Transistor; (3) The album is a long time coming and a tentative release date has been provided of early spring 2007.
Update 11/11/06: Release date set for May 2007 (see www.kevin-ayers.com for details).
Update 09/12/06: Steve Hillage will guest on this album.

New archival release of the Brotherhood of Breath, planned.

Both albums by Coxhill/Miller finally on CD, including load of bonustracks and featuring everyone from Hatfield and the North (and Roy Babbington), a.o. Release date unknown.

Ogun will release the two classic Ninesense albums on CD this year, probably as a twoofer.

Eclectic is currently working on re-issues of both classic Hatfield albums (one with guest appearance of Robert Wyatt – as you all know of course). Bonustracks to be announced. 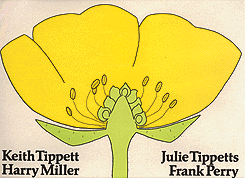 Ogun will release the second Ovary Lodge album on CD later this year. No Soft Machine alumni on this album but if Ogun re-issues one of their old albums, it deserves a mention… 😉

Rumour has it a Soft Machine DVD is in the making by Eclectic.

Update 20/07/2005: This has been confirmed as a possible release but in a preliminar state so don’t hold your breath.

A new studio album will be recorded at the end of the year and released worldwide sometime in May 2007. As stated in the What’s Rattlin’ mailinglist: “This is to announce the recording of the new studio album of Soft Machine Legacy (Etheridge, Hopper, Travis, Marshall). The recording to be made on December 28/29/30/31 at Jon Hiseman’s Temple Studios, South of London, and to be released in Japan sometime around March/April and the rest of the world in May. Hugh Hopper, John Etheridge and Theo Travis contributing 2 new pieces, then we will do an usual Ratledge¹s cover tune, to be slightly modified, all the time, and one collective improvisation. Expect also a DVD sometimes in the second half of 2007. Amazing Theo Travis has brought a lot of great and positive energy in the band.”

No details known but might be the thrid installment of Gary Windo archival recordings from Cuneiform.

From the Wrong Object newsletter: “A remastered version of our Paris gig with Elton will be released by Moonjune Records, with a July-August release looking likely..”

Robert Wyatt is currently in the studio working on a new album planned for release this year.

These releases are gathered from the WWW and several mailinglists, newsgroups etc. Some of these might never see the light of day.

The first Bone live concert early in December 2006 has been professionally recorded and might turn up on CD in the near future. Bone features Nick Didkowsky, Hugh Hopper and John Roulat.

Upcoming CD by sax quartet with music from the Soft Machine. No release date set.

Rumour goes that Mark Powell – who brought us the excellent Caravan re-issues last year – is preparing above releases.

Update 15/02/2003: Gong re-issues including bonustracks expected May 2003.
Update 05/05/2003: Release is delayed because of contractual issues regarding Flying Teapot. Bonustracks that you can expect: this will be reissued later this year as a boxed set which will include the entirety of the London/Marquee concert from September 1975 (thanks to Aymeric Leroy for this information).
Update 31/07/2003: Delayed till end of the year;
Update 19/12/2003: Live Etc. will also contain the 1974 Bremen radio broadcast that is famous among Gong tapetraders.
Update 19/06/2004: Releases set for September to co-incide with the Gong tour in Europe.
Update 25/07/2004: Release date set to 06/09/2004.
Update 28/08/2004: Live Etc. not yet released. No information on how much delay to be expected.

Back on this list, Chris Cutler is still planning on releasing a Henry Cow liveset. I’ve got an email from Michel Ramond who quotes Chris stating:

“i am working on a collection of unreleased cow materials, hoping to get agreement from the rest of the band; until now there have been reservations here and there but i’m hoping for progress in the in ear future. this group (i.e. Yahoo ReR Megacorp list /Hulloder) will be the first to know. Anyone with suggestions or any indispensable material or memorabilia, please do get in touch
best
chris cutler “

Back on this page, the fourth Hughscore album has been confirmed to be still in progress. As stated on the Cuneiform website: “Although the next Hughscore (Hu4)cd is slow moving, it IS moving. Again Hugh Hopper has sent the music, we have it, and by the end of the summer the americans in the band(Fred Chalenor, Elaine diFalco and Henry Franzoni) will be living in the same city (Portland Oregon) so we can actually get cracking on the tracks. Originally we were going to record it with Tucker Martine on drums but he became really busy in Seattle so what we have again is the original Caveman Shoestore trio plus Hugh.”

Project of Alain Blesing featuring Hopper and John Greaves (a.o.), playing songs like “1983” by Jimi Hendrix, “Going To California” by Led Zeppelin, “Fracture” by King Crimson, “Slightly All The Time” by the Softs, “Mumps” by Hatfield and the North, “Beautiful As The Moon and Terrible As An Army With Banners” by Henry Cow (for you French enabled readers, I got this information from this article by Aymeric Leroy). Recordings take place in September. Release date as of yet unknown.

Hugh is working on a CD project with Hamster Theatre’s David Willey based on poems by David’s father (info from Hopper website).

Update 01/09/2005: On a Bob Drake weblog I found mention of this project which involves Bob Drake singing on some of the tracks and several Hamster Theatre members involved as well.
Update 09/12/2006: From the Cuneiform Website: “Dave Willey just dropped off Deborah Perry at the airport after recording her singing two songs for his project “Music for the Tin Box Papers”, which features composing contributions from Mike Johnson, Hugh Hopper, Deborah Perry, and Jeanne Christensen as well as himself, and performances by the aforementioned as well as Bob Drake, Dave Kerman, Beth Welch, Mark Fuller and Farrell Lowe. Much different than Hamster Theatre, somehow more diverse!”